NEXTracker remained the leading global PV tracker vendor in 2019, according to WoodMac’s latest tracker vendor rankings, followed by Array Technologies and PV Hardware.
Most of the top PV tracker vendors shipped 1.5 to 2 times as many trackers last year as they did in 2018. 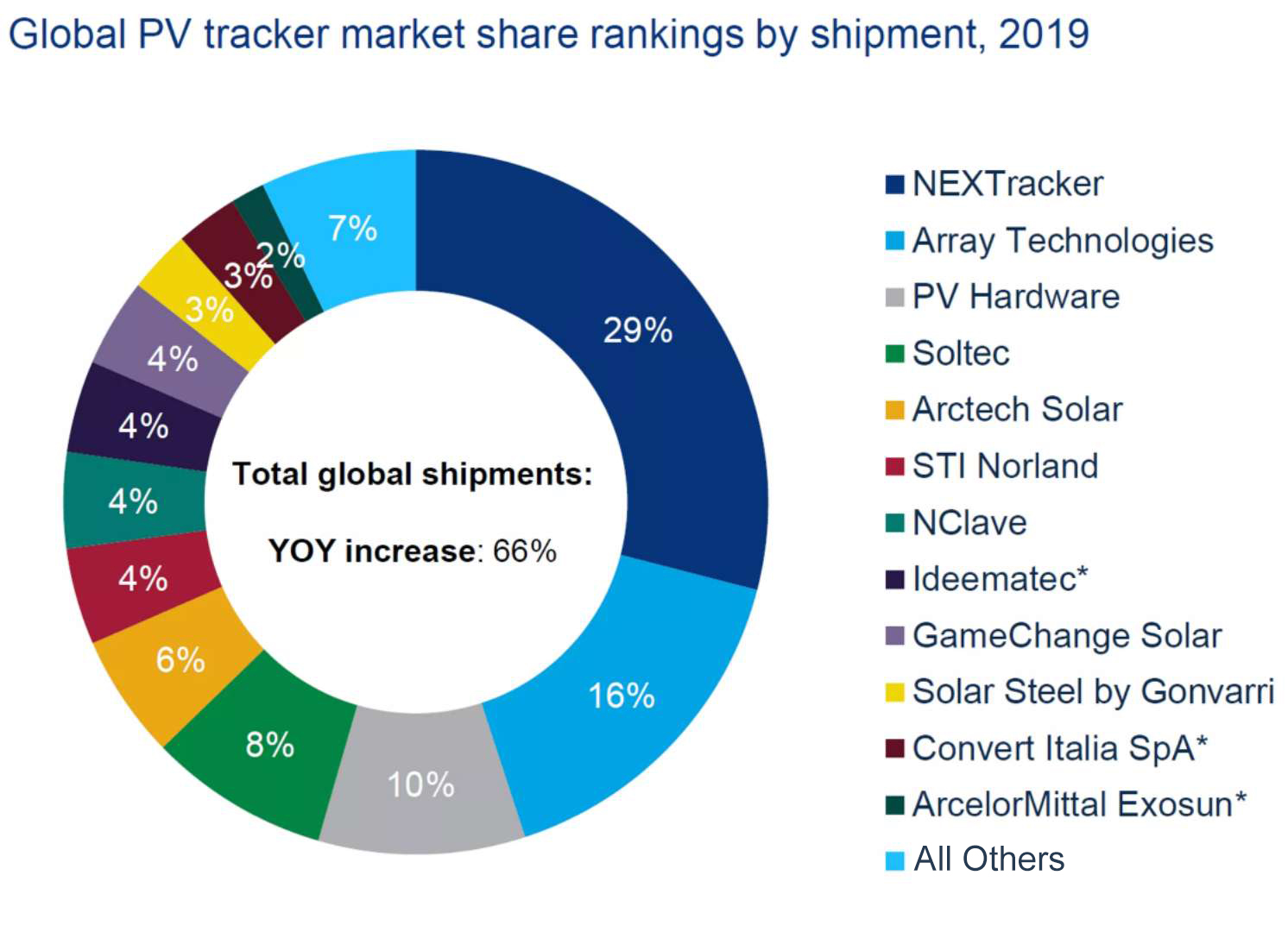 The United States accounted for 50 percent of global tracker shipments in 2019, growing by 226 percent year-over-year, the most growth seen in any region. The U.S. tracker market was so robust last year in large part as a result of companies safe-harboring equipment to achieve eligibility for the federal Investment Tax Credit.

Australia, the region’s largest market, saw a 10 percent market contraction in 2019. Australia’s utility-scale market declined last year and will continue to do so. As a result, Australia’s tracker market will come to account for a smaller percentage of the APAC region's market.

Globally, the vendor market was slightly less concentrated in 2019 versus 2018, though the top 10 vendors still claim 88 percent of the market.

The increase rate of the tracker markets was 34% in 2017, 36% in 2018, and 66% in 2019. Just a few years ago, many organizations predicted the annual growth rate of the tracker market to be between 18 and 20%. At present, it seems that their assessments at the time were conservative. But what is certain is that the photovoltaic tracker industry is in a new stage of rapid development, and this stage will continue for a long period. According to the data of Research and Markets, the solar PV tracker market is poised to grow by 102.11 GW during 2020-2024, progressing at a CAGR of over 39% during the forecast period.
PRE:Spring Festival During January 23-30
Next:Germany's Energy Transition Slows Down